Our story begins after the wave of post-war migration to Australia, as the needs of migrant families and communities gained recognition. It is a story about migration, multiculturalism, access and inclusion.

In the late 1970’s, research was being undertaken by a five-member group called the Ethnic Child Development Unit, out of their small office in the Addison Road Community Centre in Marrickville.

The unit had been researching the needs of children and had found that while there were 500,000 children in NSW under the age of 5, only 37,000, or 7.4 per cent, were accessing appropriate child care. Another 14.7 per cent of children were being minded in ‘other than child care centres’.

With 77.9 per cent of all children under 5 in NSW unaccounted for, the unit soon realised that many children were not being minded at all, they were known as “latchkey children”. Further collaboration with the Women’s Trade Union Commission found that while 1 in 3 mothers were engaged in the workforce, industry-based child care was almost non existent, despite funding being available to develop such facilities.

They also found that 47 per cent of working women were overseas born, and even less likely to access child care because of a range of barriers including language and culture.

With the setting up of the Whitlam Government’s interim committee of the children’s commission, which later became the Office of Child Care (within social security), federal government concern in this area began to grow and funding commitments were made for the creation of more child care facilities.

After struggling through a range of similar barriers in establishing their centres, they decided to work together and formed a co-operative known as the Ethnic Child Care, Family and Community Services Co-operative Ltd (ECCFCSC).

The Ethnic Child Development Unit received it’s first funding of $73,000 (recurrent) in 1979 and continued to provide important research, data and training for the sector and began a pioneering volunteer program with just three bilingual women in the Ethnic Children’s Services Worker Program, supporting the inclusion of children from diverse backgrounds in Children’s Services.

The value of this program was recognised almost immediately with the Department of Social Security funding the Casual Ethnic Workers Pool. It’s reach expanded to include rural and regional NSW (including Albury, Cooma, Queanbeyan Coffs Harbour, Griffith, Wagga Wagga, Dubbo, Bathurst and Orange) to meet the growing needs of emerging communities and refugee families and to establish the Aboriginal Casual Workers Pool.  This Bicultural Support model has been acknowledged internationally as one of the most effective models for inclusion and in 1997 UNESCO recognised our program as a model of best practice in Early Childhood.

Today, our 300-strong Bicultural Support Program continues to support the settling-in of CALD, Refugee and Aboriginal children and fosters inclusion and diversity for all Australian children in Early Childhood Services. It also helps build the capacity of educators through professional development, training and resources as well as promotes the importance of access to Early Childhood Services for new and emerging communities through bilingual/bicultural playgroups and community outreach.

Our engagement at a grass-roots level with these ethnic communities soon saw our programs expand to meet the growing needs of these communities and included:

We continue to develop innovative Multicultural Disability, Aged-Care and Bicultural Children Services programs and projects focused on migration, multiculturalism, access and inclusion of the ethnic communities in NSW. Our commitment remains stronger than ever, that all Australians, should have the right and opportunity to participate in Australian society and the right to have access to services that fulfill their needs. 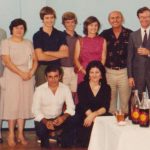 The opening of the Macedonian Lond Day Care Centre 1979 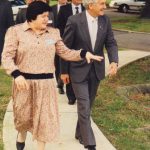 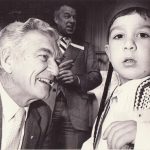 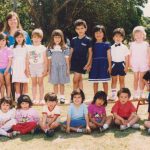 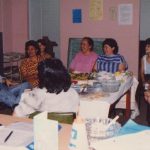 an early meeting of the Ethnic Child Development Unit 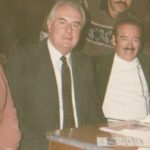 Our Founder, Vivi Koutsounadis-Germanos with Gough Whitlam and Al Grassby 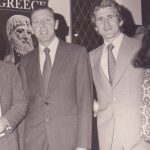 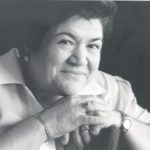 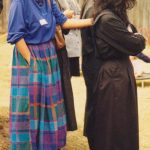 Losena (a Bicultural Support Worker) at the opening of the Addison Road Community Centre 1988.